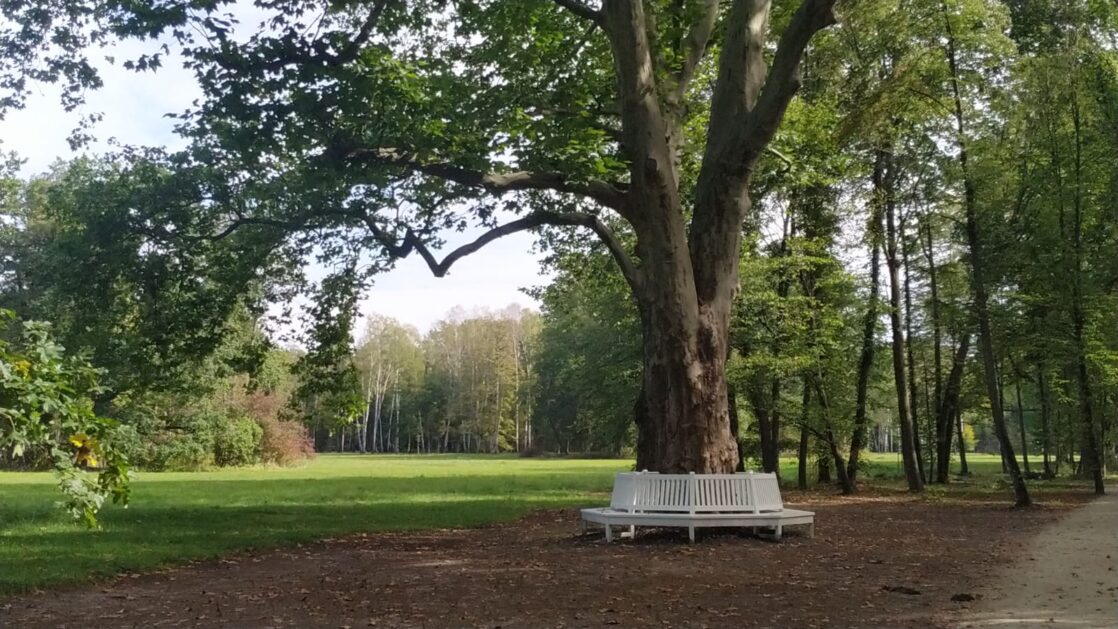 The perfect place for a walk close to Zielona Góra? The Książęcy Park in Zatonie is a must-see on the map of outdoor enthusiasts. The revitalization works that restore this location to its former charm are coming to an end and it is not without reason that the Zatonie Książęcy Park is already called Wilanów in Zielona Góra. Therefore, we invite you to visit this unique place.

The Prince’s Park in Zatonie was established as a palace park by the Berlin court gardener Peter Lenné in 1842 on the initiative of Dorota de Talleyrand-Périgord. The park was divided into two parts: the western part with the palace, having the features of a romantic garden, and the eastern part, which was a dense forest complex. From ancient sources it is known that there was a decorative garden in front of the palace facade, and interesting fountains and beautiful sculptures were also placed in the complex. Roman sarcophagus from the 2nd century AD Unfortunately, due to the post-war damage, both the Palace in Zatonie and the palace park have been scary rather than pleasing for years.

However, since 2018 the Książęcy Park in Zatonie has been undergoing revitalization, thanks to which we will be able to admire this place again. The planned scope of works included, among others, the reconstruction of the orangery, which is to be the café. Which for visitors may turn out to be an excellent form of spending time after a long walk.

Due to the fact that more and more people ask questions about interesting attractions near Zielona Góra, the Prince’s Park in Zatonie is also to have tourist information. The project also provides for parking spaces in the complex comprising the park and the Palace in Zatonie. Which, due to the growing popularity of this place, may turn out to be a great move. The work carried out also included the restoration of old walking alleys, historical sites and flower plantings.

According to the caretakers of the area, one of the attractions at the smaller pond is to be the sculpture of the “Calydonian Boar”, which will stand next to the water. However, the most charming place in the prince’s park is a large gazebo with an openwork structure that crowns an artificial mound. This place is perfect for outdoor photography.

As a curiosity, let’s add that wild bear garlic, which occupies large stretches of the palace park, once brought Karol Okrasa to Zatonie.

At the moment, despite the delays caused by the pandemic, most of the work has already been done and we don’t have to fancy a lot to imagine how beautiful the park was in the old days. The official opening of the park is scheduled for October 16-17.

The Prince’s Park in Zatonie is an attraction located close to Zielona Góra. Importantly, you can reach it by bike in about 35 minutes, just use the available bicycle paths. Therefore, while in Zielona Góra, it is worth visiting this place. The more that in autumn the park is exceptionally charming.

If you are planning a visit to Winny Gród and you are interested in accommodation in the center of Zielona Góra, we invite you to take advantage of our offer. Centrum Park Apartments is not only a great location, but also modern and stylish rooms. Our facility has been designed and equipped in such a way as to provide guests with high comfort, regardless of whether they travel for business or tourism. We have also prepared a sauna and bicycle rental, so both lovers of relaxation and active recreation will find something for themselves.