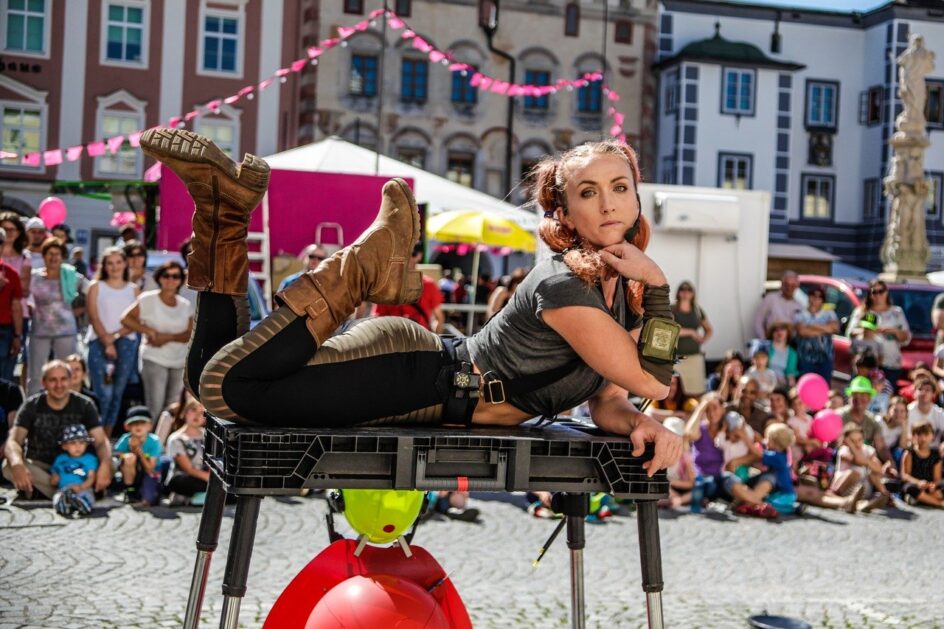 Despite the fact that due to the coronavirus pandemic, some cultural events have been canceled, postponed or modified according to the existing sanitary rules, people spending their holidays in Zielona Góra will have a lot to choose from. Every lover of culture will find something for themselves and the slogan #lubuskienawakacje is still valid.

The Solanin Film Festival was established in 2009 and its role is to support, promote and present the most interesting filmmakers and off-cinema productions. The organizers of the event focus primarily on off and independent films. During the festival, you can see interesting productions not only from Poland, but also from Europe and the world.

Due to the pandemic, it is not yet known in what form the festival will ultimately take place. The organizers have announced a hybrid formula of the event, part of the screenings of films will be held with the participation of the audience, and some will be carried out online. The 30 final films have already been selected, so now all we have to do is read them and wait for the results.

The QUEST Europe festival has been held since 2005 and aims to promote original cinema from around the world. Interestingly, this non-commercial event hosts the most outstanding people of the film every year. During the shows, you can participate in concerts, exhibitions, meetings, lectures and performances.

The organizers have not yet provided details of the accompanying events and workshops. It is known, however, that throughout August there will be film screenings and a literary song concert at the Bachus Winery. Admission to this event is free.

Lubuskie Film Summer in Łagów is the oldest Polish film festival, since it has existed since 1969. The event is a discussion forum and a place to exchange experiences from the times of great changes, it also applies to the model of cinematography. The event is unusual due to the fact that the audience looking for something more than entertainment in the cinema does not focus on the screen stars but on the authors of the films.

Unfortunately, this year the festival will take place a bit later. The call for films has been postponed until July 15, and the 49th Lubuskie Film Summer itself will be held from August 30 to September 6, 2020.

The organizers have not yet provided details related to the event.

The Film and Theater Festival in Zielona Góra has been held since 2012 in Kargowa. Kozzi Gangsta Film took its name from the nickname of the town-born actor – Maciej Kozłowski. From the very beginning, the event is based on the artist’s genre, i.e. sensational, gangster, crime fiction and action movies. During the festival, supporting actors are also appreciated, who, remaining in the shadow of the actors from the foreground, often match their talent and creation.

Due to the prevailing pandemic, the Kozzi Film Festival has also been postponed and is to be held from 10 to 13 September 2020. The organizers presented the formula and program plans for this year’s 6th Kozzi Film Festival of Film, Theater and Books. KLAPS 2020 are also to be awarded, but the details are still to come.

The Pol’and’Rock Festival is a huge music festival that is organized at the turn of July and August in Kostrzyn on the Oder. During the event, the artists perform on five stages: Duży, Mała, Stage Lech, Viva Kultura and Night Stage of the Academy of Fine Arts. The organizer of the festival is the Wielka Orkiestra Świątecznej Pomocy Foundation, which thanks to this summer concert would like to thank all the volunteers and people who supported its January final activities.

Due to the pandemic, this year’s Pol’and’Rock (formerly: Woodstock) moves to the virtual zone, because the organizers invite us to the Most Beautiful House in the World on July 30, 2020 – August 1, 2020.

The BuskerBus festival is an event related to the new circus and street theater. For years, the event has introduced culture into urban space, reducing the distance between the artists and the audience. The participants of the show can become part of the action, and each bench or pavement can be part of the scenery.

This extremely colorful festival starts in Zielona Góra between 25 and 26 August 2020.

The program also includes workshops in the field of street theater and evening integration at the Piekarnia Cichej Women festival club.

In summer, the city attracts tourists with numerous cultural events, so it is worth ensuring a comfortable accommodation in Zielona Góra. Centrum Park Apartments is a guarantee of a successful holiday. Our apartments are located in the city center, so the attractions of Zielona Góra are within easy reach.

We have prepared modern and functional apartments for our guests and we have provided a sauna where you can relax after an eventful day.