Lubusz castles and palaces – the unknown wealth of the region 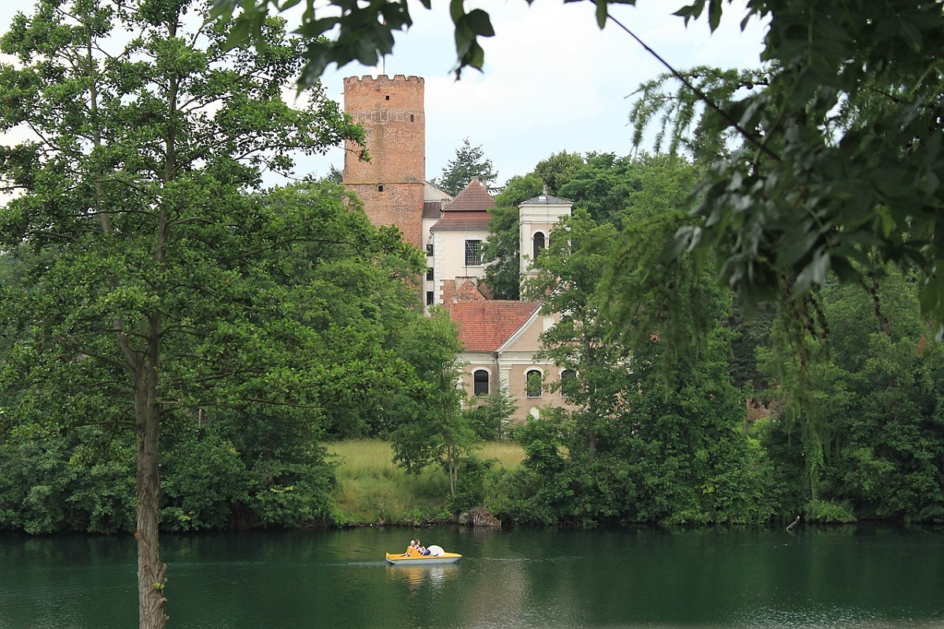 The monuments of individual regions of the Lubuskie Region do not have a uniform face and are very diverse. It is the result of a different historical past, many-sided influences and inspirations. The Castle in Łagów, the Palace in Zabór or Bojadły are places worth seeing in the Lubuskie Province.

The Castle of the Knights of St. John in Łagów, thanks to its high castle tower, is the most recognizable building in the city. It is located in the center of the historic part of the city, between two charming lakes – Łagowskie and Trześniowskie.

The castle in Łagów was built in the 14th century, but unfortunately only the tower and one of the rooms have survived from that period. The remaining parts of the building were rebuilt in the baroque style in the 18th century. For over 400 years the owners of the castle were Joannici monks, then for some time it became the property of wealthy Branderbus families.

Visiting the castle in Łagów is possible. Currently, the historic building houses a hotel, restaurant and cafe. A tower has also been made available to visitors, from which you can admire the picturesque lakes and the vicinity of Łagów.

The palace in Zabór is located several kilometers from Zielona Góra. For over 20 years, this place has been the seat of the Children and Youth Treatment Center. However, for some time the facility regains its former glory and gradually opens up to tourists. Interestingly, right next to the Lubuskie Winery Center and the local government vineyard.

The palace in Zabór was built in 1677 and was modeled on early Baroque French mansions. The property changed owners many times, and in the years 1918-1945 it belonged to Hermina, the second wife of the German Emperor Wilhelm II.

The palace in Zabór can be visited. The facility was closed to tourists for years, but in 2017 the Crystal Hall was renovated and made available to visitors. From the restored hall you can see the courtyard and the palace park. Thanks to the installed elevator and the entrance from the terrace side, tourists do not bother the children who are still treated in the facility. The buildings of the castle complex also include a 20-hectare park with a symmetrical arrangement of avenues, the main axis of which is the charming Liwno Lake.

One of the most magnificent baroque mansions in the region is located in the village of Bojadła, which is located on the right bank of the Oder. The palace in Bojadły has been in the hands of the Bojadła Palace Foundation for several years, which is fighting to save the building from oblivion, because this place has been unused and gradually deteriorating over the last few decades.

The palace in Bojadły was built around 1700 and rebuilt in 1735 by the von Kottwitz family. In addition to this unusual place, two guardhouses, outbuildings, a gardener’s house, a farm and a nearby park with ancient trees, romantic nooks and a pond also deserve attention. Interestingly, the spatial arrangement of the buildings has not changed since the 18th century.

Visiting the Palace in Bojadły is possible from Wednesday to Sunday from 10.00 to 17.00, and tickets are available at the palace guardhouse.

The palace is located in the village of Chichy, which is about 10 km from Żagań. The location and the moat indicate that this building served as a stronghold and was a knight’s seat.

The palace in Chichy was built in 1718 in the immediate vicinity of the Iławka stream. Around 1840, the building was rebuilt, which gave it neoclassical features. Until 1945, the palace was managed by the von Diebitsch family. Unfortunately, in the 1970s, like most monuments of this type, the palace underwent renovations that destroyed the architectural design of the facade.

Next to the baroque building there is still a park with many monumental trees, such as sycamore, beech and old oak. An interesting fact is that after returning from the war, the Prussian officer who owned the palace was to bury his huge fortune under the old sycamore maple tree.

Currently, the palace in Chichy is privately owned by the operetta singer Leokadia Brudzińska and is the seat of the Lubuskie Academy of Art “Chichy Art”. Since 2010, one of the palace wings has been made available to guests.

All the aforementioned castles and palaces are monuments located in the vicinity of Zielona Góra, so it is worth ensuring a comfortable accommodation in the city center. Centrum Park Apartments is an ideal solution for people who, apart from sightseeing, would also like to take advantage of other attractions of the Wine Castle. We have prepared functional and comfortable apartments for our guests, and we have also provided a sauna.