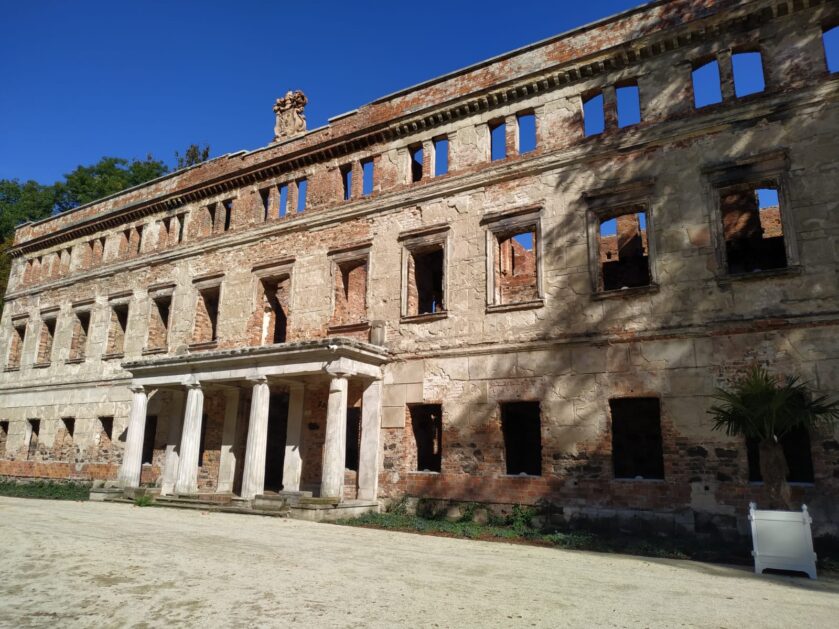 Are you interested in attractions close to Zielona Góra? The palace in Zatonie is a must-see place. In a small town only a few kilometers from the city, there are imposing ruins of a palace. And despite the fact that time has not been kind to them, it is worth seeing this charming place.

Palace in Zatonie – a charming place close to Zielona Góra

The palace in Zatonie is located in the western part of a large landscape park. Its history dates back to the end of the 17th century, when Baltazar von Unruh built his residence in Zatonie. In the first half of the 19th century, it fell into the hands of the famous Duchess Dorota Talleyrand-Perigord, the owner of, among others, the palace in Żagań. It was on her initiative that the residence was rebuilt into a classicist palace. Next to it, an orangery was built, and the park near the palace was designed by a famous German architect, Peter Lenne. Unfortunately, in 1945 the building was completely burnt down and has been in ruins ever since.

For this reason, the palace grounds used to be inaccessible to both residents and tourists. However, in recent years, a lot of effort has been made to protect the ruins and since 2018 the facility can be visited safely. And despite the fact that the palace in Zatonie was finally restored only outside, it can still amaze you.

It is also worth remembering that last year the revitalization of the neglected park began and the area around the palace is slowly gaining its former splendor. So far, the orangery and alleys have been renovated, and a beautiful gazebo, benches and romantic bridges have been built. There are also new plantings, so in the near future people who like to spend time in nature will have something to visit in the vicinity of Zielona Góra. The palace in Zatonie will also be perfect as a place for photo sessions.

Importantly, the charming Zatonie can be reached by bike. There are direct bicycle paths to it, so the access from Zielona Góra is much easier.

Are you looking for a place to stay in Zielona Góra? Centrum Park Apartments is the perfect place to rest after an eventful day. Our facility is located in the center of Zielona Góra, next to the Sowiński Park. Thanks to this, you can enjoy the tranquility of having the attractions that the city offers right next to you.

For our guests, we have prepared comfortable, high-standard rooms and a sauna. On the other hand, lovers of two wheels have at their disposal a bicycle rental facility specially designed for them.