The bicycle map – Zielona Góra favors the amateurs of cycling 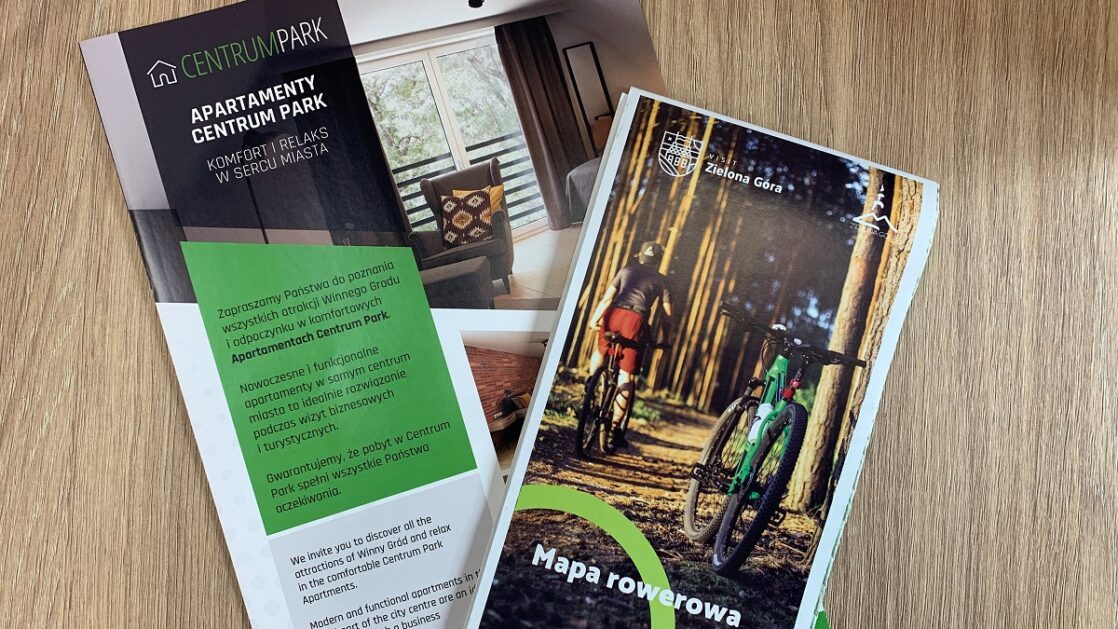 Zielona Góra favors two-wheelers, so a bicycle map may be a great way to visit attractive places around the city. Whether it’s a leisurely ride with the family, a quick trip or a long ride – the newly released bicycle map will allow you to easily plan your travel route and discover interesting bicycle paths in Zielona Góra.

Lovers of riding on two wheels can already plan autumn trips along the trail of Zielona Góra tourist attractions. A new version of the bicycle map has been available for several days. Zielona Góra abounds in bicycle paths, and thanks to the new edition, you can get to know interesting places and beautiful landscapes around the city. It is also worth remembering that moving around the Winny City by two-wheelers is one of the most convenient and affordable ways to get to know the Bacchus Castle.

The new bicycle map presents the current routes of bicycle paths in Zielona Góra. A novelty in relation to the first edition from 2018 is the inclusion in the map of beautiful color photographs of the most interesting places and objects located in Winny Gród and the surrounding area. Importantly, the photos are numbered, and the numbers are located exactly in the places they show, which makes it much easier to plan the route of a bicycle trip.

The map also includes two ready-made routes, which are almost 35 km long and start at the railway station. The first one runs north and is especially recommended to nature lovers, as it leads through the Odra Forest and the marina in Cigacice. The second cycle route runs south and is suitable for children. On the marked path there is, among others, the Nature Center, the Botanical Garden, the Zielona Strzała, Dzika Ochla and the palace in Zatonie.

As in the previous edition, the cycle map also takes into account the designed sections of paths that are just under construction. Care was also taken to mark on it city bike rentals, repair stations and shops intended for amateurs of two wheels. A new map can be purchased for PLN 9 at the Visit Zielona Góra seat in the town hall and the Palm House.

Due to the interestingly located bicycle routes, Zielona Góra is a city friendly to cyclists. And when planning a stay in the city, it is worth ensuring a comfortable accommodation.

Due to its location, Centrum Park Apartments are an ideal place for lovers of two wheels. Our facility is located in the city center, next to the revitalized Sowiński Park, and there are numerous bicycle paths nearby. Our rooms are equipped with comfortable beds, a bathroom and its own kitchen. Importantly for our guests, we have also prepared a bicycle rental and a sauna, which will allow for a well-deserved rest after an eventful day.